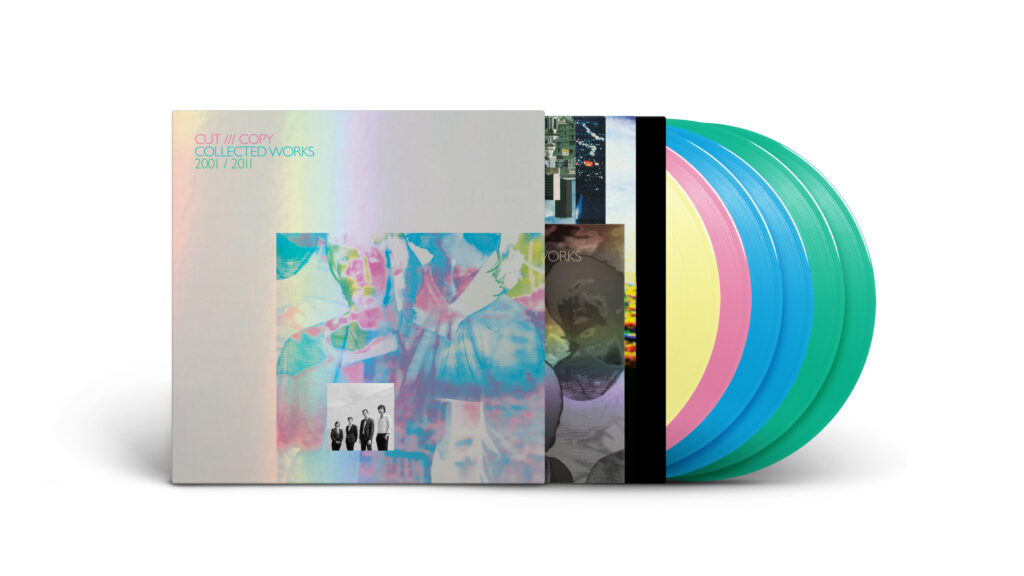 Yes, we’ve finally repressed these albums on vinyl.Our first 3 albums (which have been long out-of-print) + First 2 EPs (which were never available on vinyl until now) are available in an exclusive set called Collected Works 2001-2011. It’s a vinyl box set chronicling our first decade as Cut Copy. These repressed records are in limited-edition colours and it comes with a 72-page zine curated by Dan, as well as a holographic box set cover.Collected works 2001-2011 will be out on March 18th, 2022. You can pre-order it now and it will be shipping on or around the release date.

A note from Dan:

“For me, 2001-2011 feels like a special time period for Cut Copy. It charts the move from me first signing to a record label as a naive young kid who made music in my bedroom to a fully-fledged band that forged its own musical fingerprint, created some globally loved albums and toured the world.

Within Cut Copy’s evolution, the arc of these first ten years felt like a special musical journey. For Tim, Mitchell, Ben and I, every tour was a new discovery and every record was a new development, each with its own very unique visual and musical identity. Sadly those early albums are long out of print (only available second-hand at astronomical prices). So for this reason we decided it was time to create a vinyl box set covering the first ten years of Cut Copy.

I designed the artwork for the box as well as putting together a zine booklet that goes along with it, with old photos, setlists, notes and other memorabilia from the early days. We also compiled a bonus disc containing rare early releases ‘I Thought of Numbers’ and ‘1981.’

Hopefully the box is a special treat for our longtime fans and also new ones wanting to discover this era of our music for the first time.” 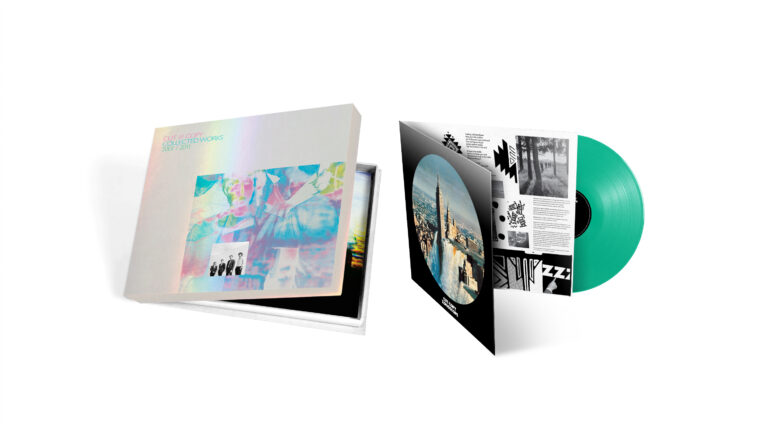 This documentary shines a little neon light on the band and the making of their stellar debut album, combining live footage and interviews with the band members.

The documentary was shot in Sydney and Melbourne in 2004, with footage of the band rehearsing, hanging out, and performing an early live show at Sydney’s Club 77 and DJing at an afterparty at now defunct Kings Cross club Moulin Rouge. It also contains interviews with the band on the rooftop of Dan’s design studio. The footage has never been widely available, and has only recently been rediscovered while compiling imagery for the Cut Copy Collected Works 2001/2011 vinyl box set. 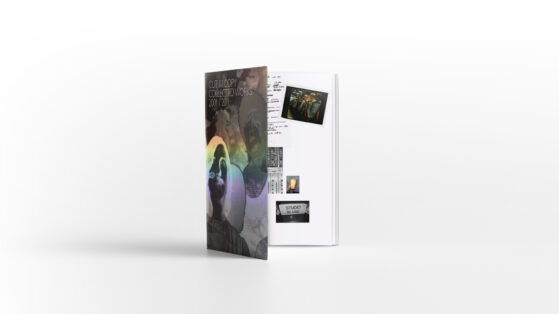